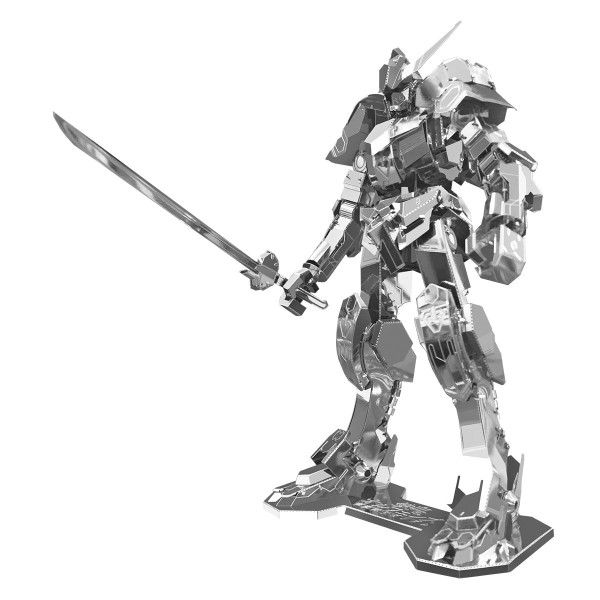 Two Sheet Model - More Than 150 Pieces Assembly Required - Includes Instructions Assembled Size: 3.75" D x 2.95" W x 4.72" H Difficulty Level: Challenging Ages 15+
The Gundam Barbatos is one of 72 "Gundam" frames that was produced and used in the Calamity War. After it was recovered, Chryse Guard Security used it as a power reactor; aside from the fact that its Ahab Reactors were still functional, this was done mainly because Barbatos' cockpit was missing when it was found. A new cockpit similar to the one used by the CGS mobile workers was installed prior to its redeployment by the 3rd Group. Poor maintenance over the centuries since the Calamity War has degraded the Barbatos' armor and full combat potential. This is later rectified by Teiwaz technicians, who not only restored the Barbatos to its original look but also returned it back to a performance close to its original.