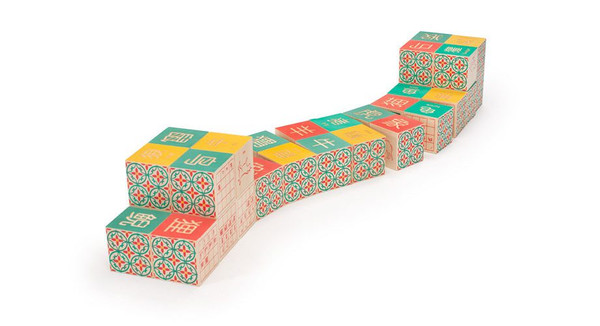 Introducing at long last... Chinese! The first in a series of Chinese sets, this beginner set has 32 character blocks. Each block has the character alone and with its English equivalent, a stroke grid to learn how to create the character, a number and a picture with its pin yin equivalent. We have also included a puzzle side for this set... a map of China, the Chinese flag and yellow dragon (responsible for bringing the seeds of writing to the Chinese people)