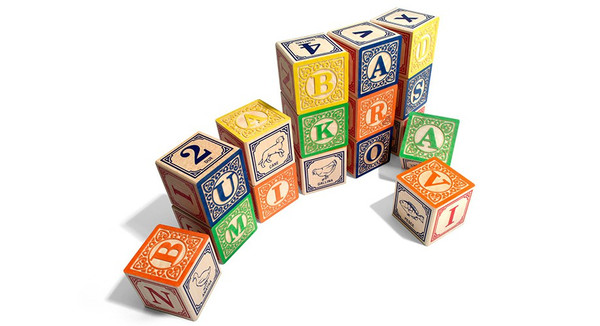 Our set of Italian language alphabet blocks includes 28 blocks providing 4 complete alphabets, 3 sets of numerals, and 28 different animal pictures. Made from Michigan basswood, brightly colored with child-safe inks, and handcrafted with attention to detail. The blocks are a generous1 ¾” (44mm) cubed a perfect size for smallhands!More about Lindenwood line of wooden blocks: