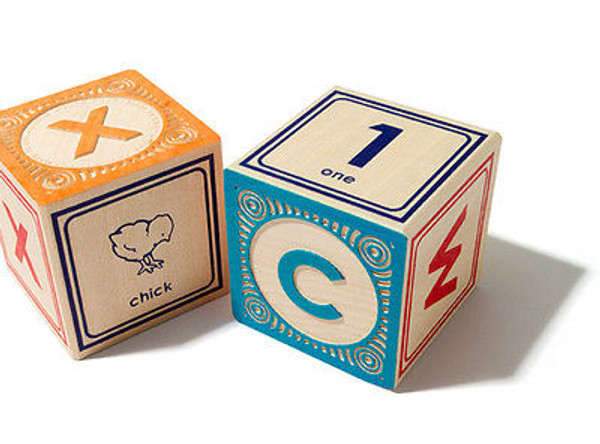 This alphabet block set is an exact recreation of our classic set, but everything is lowercase. Even the animals got smaller. We are proud to offer our 28 block Lowercase ABC set, made from sustainable Michigan basswood. It includes baby animal versions of the ones on our standard set, numbers or math symbols, and four letters (two embossed) on each block.